Wow, gotta say im one of the most privleged people in social media marketing…
But If I cant make it, then I’ll probably fail in life haha. 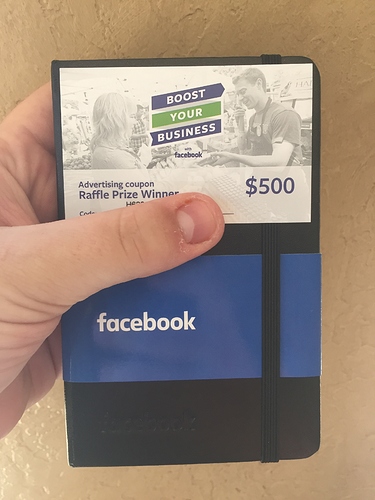 Was attending a Facebook “Boost your Business” event in Gilbert, Arizona and wow lol did I not learn SHIT. About anything I didn’t already know lol. If you’ve set up and failed an ad campaign they dont teach ya shit in it besides the functions and they give you like 2 tools and talk about each subject for like 2 minutes and move on…
I thought It was a HUGE mother fucking waste of time and was a little chapped about it. I would laugh when I heard some shit that was actually funny to me and I thought everyone would know. It wasn’t horrible though, I was comfortable sitting back and watching 100 local business owners ooo and ahhh at bullshit from panelists all selling them on FACEBOOK ADS!
Haha, Honestly though, It wasn’t a bad experience It only lasted from 9:30 to 12.
They had a couple panelists that intrigued me because they had some seriously shitty products and what not, but we’re spending 70,000 a year in ad spend alone through Facebook.

So when they had wrapped up the panelists and everyone was gunna go they kinda stopped everyone for a random drawing that happened I guess.
They had picked 3 people out of the 100 something that showed up, Before everyone had even got there.
And I had known, like literally, It said there was a drawing or something at the end on the thing, and I knew I wasn’t gonna get it, however I was gonna sell people on my services because… These mother fuckers OBVIOUSLY dont know how to do social media anything.

Anyways, They called 3 names and their businesses.
And my heart fucking skipped a beat when they called me as the second winner lol. A few people congratulated me after and I went to check it out in the parking lot (everyone had scurried for some reason and didn’t wanna network.) And you shoulda seen my eyes when it was a 500 dollar ad coupon. I feel very blessed and lucky. Thank you vm suckerberg, Perhaps you have caught my attention

Awesome, use it wise

Good job. Now you have chance to expand your business to FB too, not just IG

Good luck (but it looks like you don’t need it