So I just wanted to post this here because it’s interesting. There has been an account with an “imposter Donald Trump” parody that has gain over 200k followers in 8 hours. It’s first tweet went viral.
Now obviously they took advantage of the news that Donald Trump’s account was banned from Twitter. But it’s still amazing growth considering its a parody and nick name.

Question is How did they get so much exposure so quickly?

Is it because of the Donald Trump nickname only?

Did they pay for retweets you think? 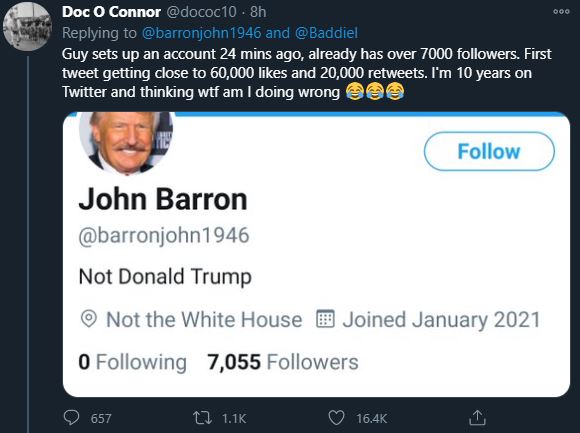 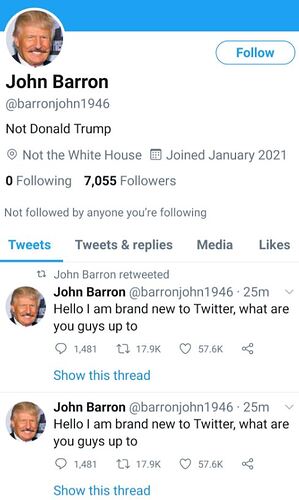 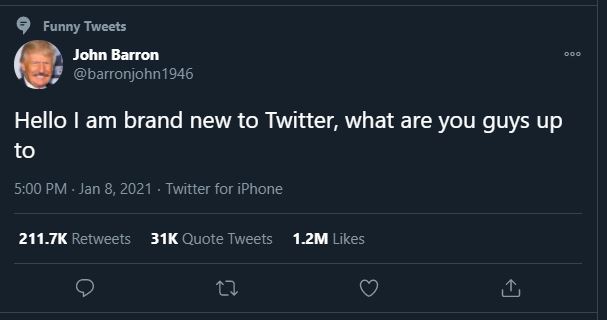 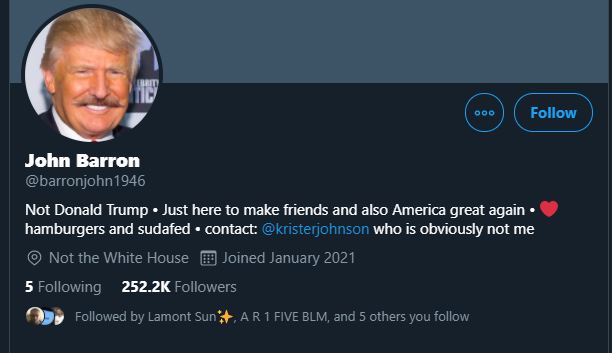 yeah, the idea and how they used it’s funny and amusing that’s why they got so much exposer, but in my opinion, it’s still most likely paid to advertise and buying followers/engagement.