Anyone in Australia need a client?

I have a prospect in Australia who is currently rejecting me as they want someone “closer to home”. He is a hot prospect as his only rejection is my location

I’m still trying to close them but if they’re adamant about wanting an Australian manager I’d much rather hand them off to someone from here. But you need to be in Australia.

If you lie just to get the prospect’s information not only will it not work out but I’ll sick @jmarie on you…and you don’t want to mess with Canadian yoga teachers. I’ve heard they moonlight as ninjas. (that and I’ll happily out you on the board for being dishonest)

He stated he’s had bad experiences with overseas people in the past. I think I will tackle it effectively but it’s ultimately if he’s at least willing to listen to reason or not. I’m trying to be prepared though in case it falls through as if I can’t use him, I’d prefer someone in the community snag him.

I got your back @Tacos … 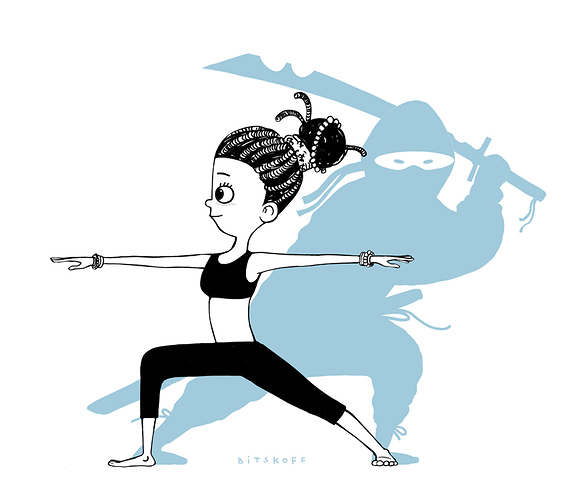 Have you already tried to make a video call with him? When you talk with him in person, maybe he is trusting you more.

Video calls work really well with overseas clients. I’ve been doing them lately with clients in Europe over skype/google hangouts because I don’t have a local number to call them on. The rapport and trust we build on both sides is amazing because of it. I’m now thinking of doing video calls with everyone - domestic and international.

Have you already tried to make a video call with him? When you talk with him in person, maybe he is trusting you more.

I’ve considered that and it’s on my list of potentials. I’m waiting to hear back from him before I plan my next move. Thank you for the suggestion.

You can even see it in Instagram itself as well. The trend in the is more and more going to videos (stories, live videos, IGTV). The internet gave the people access to other people, informations and resources like never before. But now the people want to have this advantage closer to real life. Twitch is also a great example for the desire of people to have a more personal real time experience in the internet.

Twitch is also a great example for the desire of the people to have a more personal real time experience.

I was straight up talking to @golfer4lyfe about that yesterday and mentioning brands are REALLY behind in using livestreams for promotional purposes as the metrics are far different compared to something like Youtube or IG. That a promotion on a service like Twitch is typically a promotion to people you would call friends and trust factor is much higher

Imagine you want to buy a new phone. You see a billboard…meh maybe you’ll check it out. You mention the need to a sibling and they tell you about the service they’re using and how great it is. Which one you checking out first? (most likely the recommended service from the sibling in case you weren’t sure). Livestream promotions (if done right) offer very much the same levels of trust

I’m in Melbourne right now. I can call him. My girl is Australian if he wants to talk to someone with an Aussie accent as mine is shit.

With that said, we are going back to the states soon, but have someone on our team in New Zealand.

Planning to give the prospect one last pass before I hand him off to someone else. If I hit a wall with him again I’ll let him know I’m sending you his information and will be in touch. Right now I’m just being more prepared than anything else. Will keep you posted.