Could anyone please comment if this article is legit? About shadowbans

Hi guys, i’ve been using Likegrowers (previously likestagram) for two years now with no issues. I just read this article: https://thepreviewapp.com/avoid-instagram-shadowban/ which tells me using the service or any automated one is dangerous. What do you guys think? Is it a very real risk to use these services or is this article exaggerating?

I think the article is blowing things out of proportion, though there’s always a risk that’s inherent with the use of automation. It’s technically against the TOS so accounts using such tools could result in bad scenarios, it really depends on how far the abuse goes and what you’re doing.

As far as the shadowban thing goes, it’s sort of debunked to a point. It does yet doesn’t exist. I think the biggest cause of “shadow banning” is in relation to using new or branded hashtags, which may resolve itself over time if others begin using the same hashtag.

Another thought, switching to Business is a sure way to show them that you’re willing to pay in the future, and that may make your account more resistant to certain things as long as you’re not violating the TOS somehow, however, at the same time it may result in limited exposure as they begin to test new paid features. It’s still slightly unknown what it will do.

Thanks a lot. I guess i’ll keep going as usual until I start hearing word that people are beginning to be affected. The article talks about engagement dropping radically but I guess that’s actually better explained by other factors as mentioned in articles on the forum.

A follow up question: Do you have any “sleep mode” in automation to pause for a few hours to make it seem more human like?

it’s true you can check by visiting shadowban azurewebsites net
Don’t think u can post link so edited just put . where the space is!

A follow up question: Do you have any “sleep mode” in automation to pause for a few hours to make it seem more human like?

All humans have to sleep, so naturally sleeping is essential when it comes to social media use

Im not sure if the site is accurate…

I don’t even need to read the article to give my opinion (cocky i know):

No, good automation cannot hurt you .

Yes , bad automation can hurt you .

This came directly from someone working at Facebook HQ in US.

‘Shadow ban is a myth’

Agreed with the amount of resources on here, be foolish to mess up

that azurewebsites is crap. I had a account shadowed and it told me it was not. makes a hell of a landing page…

Nobody knows what really causes these bans. For every ‘don’t do this’ there is a post on explorer doing it. One account can do this and get banned another is doing no problem…such as putting # in comments or using the same ones over and over. If we really knew, we all share. It is a account by account event. One thing is clear…it’s real.

Bots cause them? nope…how we use them or misuse them causes most likely straight out PV or outright bans. I had one account with a incorrect spelling of a tag and such made it invisible except only to my followers.

that azurewebsites is crap. I had a account shadowed and it told me it was not. makes a hell of a landing page…

I also proved to myself that if you post your hashtags in a comment instead of the caption it says you’re shadowbanned 99% of the time. If you delete that comment and place them in the caption, it says the photo is not shadowbanned.

Anyone who wants to test that, be my guest, I’m curious to see if it works that way or not.

If you take a look at posts on explorer…everything we say to do or not to do is done and they are not banned. All I’m saying is don’t trust that site trust your own eyes and your own account because each one is different

Top 9 for #poetry hashtag …4th down is one post… 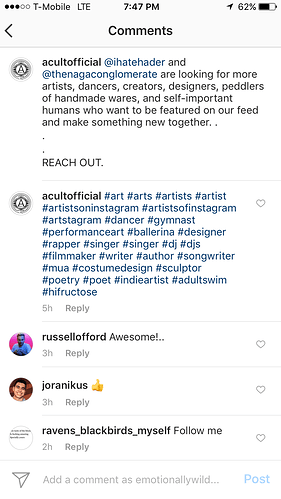 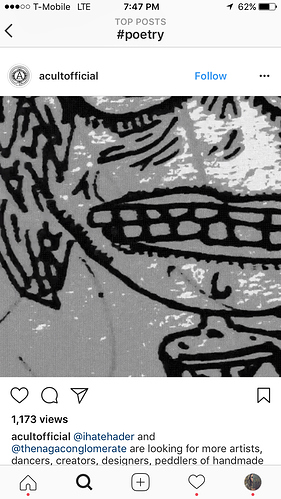 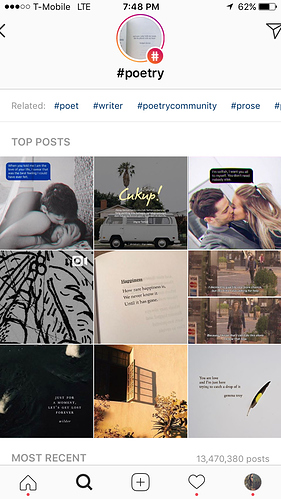 Shadow ban is real and just not confirmed by official sources…we all can see that clearly. It’s a way to make money for them …simple as that. A throttle which pisses many off.

This article has one thing in mind, getting you to read it. There is no research and or truth in any of those articles or posts.

There was an article published about photo recognition being tested on some accounts and Facebook technology being used on Instagram. Someone in a VIP group I’m in contributed their “shadow banned” account being fixed and growing 30k followers in a month simply by optimizing the photos/description based on meta data and keywords from the content of the photo and what was being read by the the photo recognition system.

Whoa, this is completely new to me. Any more details?