Error messages I havn't seen before

Hey! I’m currently working with someone using their Jarvee and helping them grow their accounts. I run over 140 accounts on my own setup with very little issues, on this new setup I have encountered two new errors and I’m trying to figure out the case.

The backstory is that these accounts (aged) have done automation but have been switched a few times between different jarvees with new device ids over the last two weeks. They use High proxies DC for them. 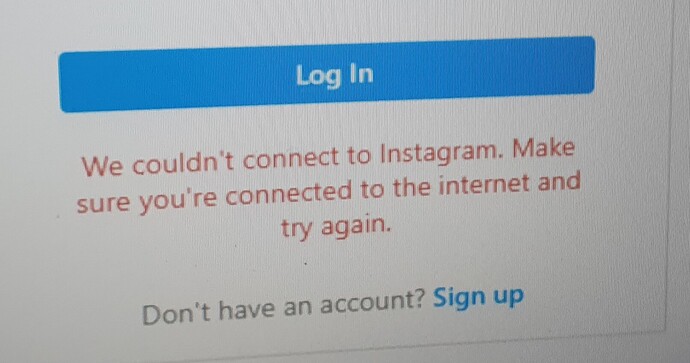 The couldn’t connect one works after I changed the device Id. The issue was that it was a new device Id to start off with and there are a few more that are in a similar state.

The compromised message I have never seen, my theory is that it’s either a banned IP or maybe it was making ApI calls?

I use only EB and scrapers do all the api calls so only thing I can think of is blacklisted proxies which lead to blocked device IDs.

Accounts have done less than 10 actions a day etc. but still a few got follow blocks. Was warming them up.

Any thoughts on these errors? My first thought is to switch to 4G but the guy I am working with has had no issues with high proxies and has used them for a year.
Other thought is that switching from jarvee to jarvee often may have lowered the trust score.

You should use the export/import the binary files options when you want to move your accounts to another Jarvee instance.

The compromised message I have never seen, my theory is that it’s either a banned IP or maybe it was making ApI calls?

It’s not possible for an account to make API calls when it has USE ONLY EB Checked. Is that account a client’s account? If so, does he usually use the account manually outside of Jarvee?

Yeah I think they are used manually too. Not big actions, but a few each day.

Accounts usually get compromised when they’re used manually at the same time as it’s running in Jarvee. Even though only few actions are done, IG still don’t like that. Manual actions should only be done when the account is in night mode.

What are your thoughts on high proxies vs 4G?
I have been using 4g only for months but the guy I’m working with swears by high proxies. Could that be an issue also?

so you’re saying when the client get’s temp locked/compromised message then it happens when client does stuff on their account at the same time when Jarvee is doing actions?

Interesting. I have 1 client acc which got these 3 times last week and my actions were very low. I was wondering how come that would happen but this would make sense.