It appears Facebook has just cracked down / taken down a big network of fake accounts and “bots,” announced in a blog post.

This is an interesting stat:

Our systems were able to identify a large portion of this illegitimate activity – and to remove a substantial number of inauthentic likes. We also received help from our partners, who alerted us to suspicious activity that helped us identify additional accounts that were part of the same campaign. As we remove the rest of the inauthentic likes, we expect that 99% of impacted Pages with more than 10,000 likes will see a drop of less than 3%. None of these likes were the result of paid ads from the affected Pages.

Has anybody here been hit by this ban wave? I don’t know if it’s clear who or what they targeted from the post, but this is what they claim to have stopped:

It is made up of inauthentic likes and comments that appear to come from accounts located in Bangladesh, Indonesia, Saudi Arabia, and a number of other countries. We found that most of this activity was generated not through traditional mass account creation methods, but by more sophisticated means that try to mask the fact that the accounts are part of the same coordinated operation. They used tricks to avoid detection, including redirecting their traffic through “proxies” that disguised their location.

They also pointed out in a different post yesterday that they’ve developed better ways to stop accounts: facebook.com/notes/facebook-security/improvements-in-protecting-the-integrity-of-activity-on-facebook/10154323366590766

Should we be more worried about proxy use for IG and FB stuff going forward?

We just need to be more careful, they evolve, we do it too, nothing to worry about.

“For example, our systems may detect repeated posting of the same content.”

Is this supposed to be new?

Actually, this has been ongoing since the beginning. And it was more enforced now than before. You see more threads pop up, they done “everything” possible to be legit, but still got hit after 1 share post.

Security update post was never meant to be posted on time. It’s only posted after an operation has been done for a long time.

With these changes, we expect we will also reduce the spread of material generated through inauthentic activity, including spam, misinformation, or other deceptive content that is often shared by creators of fake accounts. In France, for example, these improvements have enabled us to take action against over 30,000 fake accounts. While these most recent improvements will not result in the removal of every fake account, we are dedicated to continually improving our effectiveness.

Well, this got my intention and it sounds really interesting.

A while back I was using lots of accounts 100 - 200 without proxies and posting without any issues even that I kept reading it’s mandatory to use proxies to keep your accounts safe but that wasn’t the case at my end and I always wondered why. Later on, I got a mass ban ( after 1 year of spamming ) and then I had to use proxies.

Reading this now, I think that Facebook security systems are implemented locally and not globally, so when the use of proxies was mandatory for USA and other countries it wasn’t for my country until a later time.

And now they say, In France, for example. I guess this confirms my theory. If it’s true, using IPs from countries where the security system isn’t that updated will help you spam more without being detected.

@dddd @exod @ian @benny What do you guys think?

Hmm… I can indeed see a correlation of such thing as country level restriction, because some countries does have more people spamming.

I don’t know why exactly is France targeted and exposed, i thought it was a pretty spam-free. Why not russia? That’s like on a scale of 11/10. Accounts and bot makers, hackers, etc. (No offense to any russians here)

But you’re pretty daring to use that many accounts without proxies (even though i know residential IP are OK for mass accounts, but 100 is on another level of awesome).

Totally agree with the above points, and it does seem strange that they’d mention France, maybe it was just an example they felt wasn’t insulting and have already taken a stronger approach with Russian spam. Because let’s face it, we all know it. It’s true for other things, like gaming scamming and abuse, as well.

What I don’t get, is why they wouldn’t apply the measure globally anyway? In theory the software / AI / whatever they’re developing could be a powerful tool that analyzes regions and shifts focus when spam is typically at the high point, and those bots are active.

I’m not sure if it would necessarily be safer to use certain regions, though I would guess that you could get away with it longer, if there is a regional focus on spam and the program isn’t globally active.

In the last few months I only created Romanian accounts ( because I’m promoting my local services on groups ).
I use proxies just to setup the accounts and warm them a bit ( like 1 month ) and after that they work from any other ip.
The thing is that I’m spamming with them like inviting the accounts friends with 1s delay and things that are very spammy to Facebook.

I studied US/UK/Spain accounts and they act different for each place. For example
If I wanted to do the same thing as I did on the Romanian accounts on US, the account even if it was warmed it got fried/banned and limited in matter of seconds.

I discovered that if you do some human emulations, go the the browser in MP and do some random things besides what MP does that can help to give more Human Proof to Facebook Watchdogs. 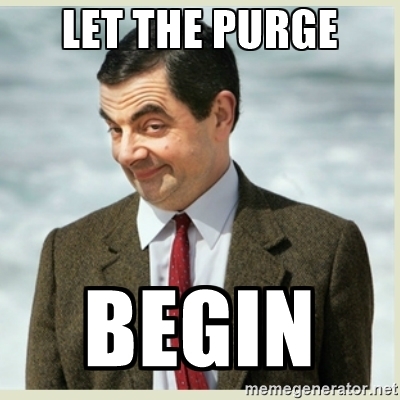 Infact, Im going to manually add 200-300 people per account. With me getting a “Are you sure you know this person” almost every other time i add somone it makes me nervous… FB is so fucking touchy… IG is almost down to a formula as long as you can sit down and read.
But with FB it’s all trial and error in my eyes…

FB is so fucking touchy… IG is almost down to a formula as long as you can sit down and read.

It’s funny because I feel it’s exactly the opposite

Which means that every person sees it differently.