Hey guys Idk if anyone needs a tool like this but recently I found this website that gives you the percentage of fake followers of an account and some basic stats and I tested it on account I know has a fake followers and it was very spot on.Fake Follower Checker

Here’s the page I used to test btw
Test Account

Here’s a few pics of stats they give 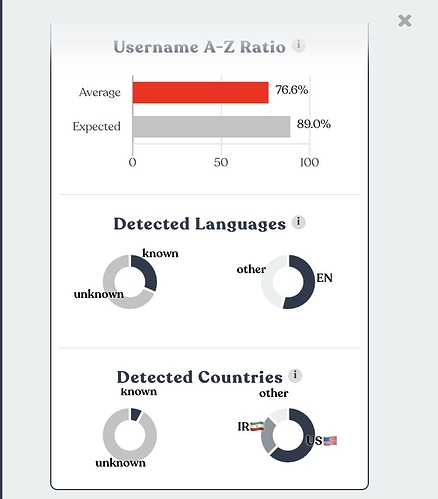 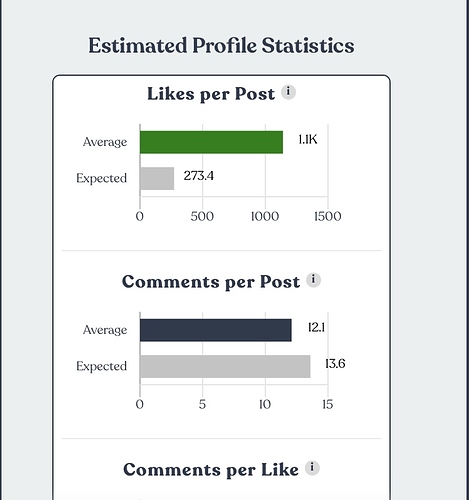 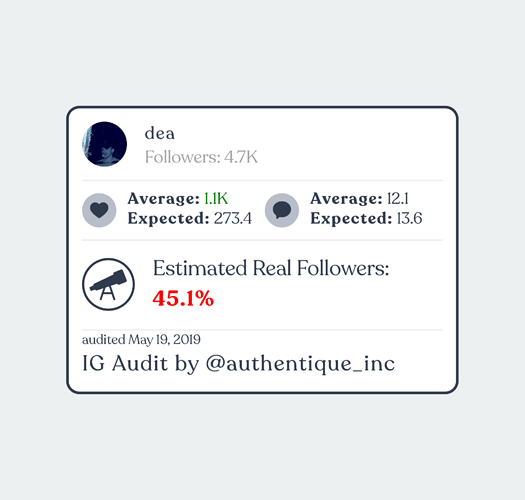 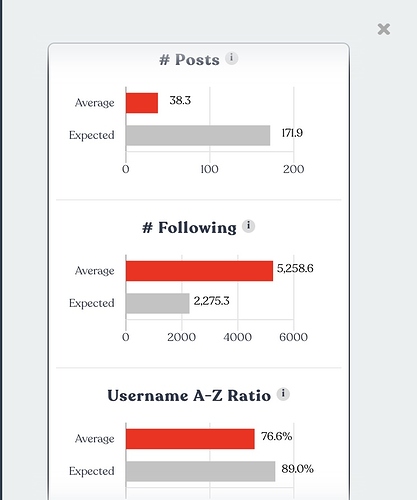 nice tool! Will try it out.

I personally use Hypeauditor as it gives some amazing detailed insights. But it can get expensive.

This on the other hand scrapes your followers and checks data. So quiet accurate

It’s a nice tool, It’s based on statistics and doesn’t check each of the account’s followers so it’s not 100% accurate but it gives a basic idea about the quality of followers.

Gotcha, I think I ’ve seen topics where people were discussing how they use it for free so I’ll try it out

It offers a pretty generous ‘get 3 credits for referrals’, so swapping out this with people you know can go a long way. 3 friends - 9 credits

just checked it out. IMHO is worthless. Tried it on an account with 10 followers, told me 81 percent real.
One probllem, 10 of those followers are some of my other accounts. Not fake any of them.

On my bigger pages I got 61%, 72% real followers. They cant be that low becuase my ER is above average.

It’s an approximation, with such small sample size IMO it should tell you it is unable to predict…

What is scary about bogus tools like this is this
Say a person wants raise ER and finds out 80 percent of hist followers are real.
They have then a goal of blocking 20k out of a 100k account.
They scrape get 20 k and block, not knowing say only 10 percent are fake. 10k destroyed.
The thing they work so hard to get – killed off.

If someone wants to be really serious about this, I would say invest into someone who can figure it out better with proper scraping and hand sorting. For example hypeauditor gives you exact numbers and I would think it’s pretty accurate. Although I don’t think any of these tools can determine it 100%.

It estimates 87% of my 75000 followers are real, however it expects my engagement to be half of what it is and my comments to be 3x as much. I don’t know where it’s pulling those numbers from, and if I had to guess at least 95% of my followers are real people. Never bought any, but I’m sure some spammy fake accounts have followed me in the past.

but I’m sure some spammy fake accounts have followed me in the past.

all accounts have them – thanks to bots, those bastards

My beef with these sites and the ‘shadowban’ checker sites are they are all gimmicks.
Even hypeauditor.
Once I tried ghost follower methods of blocking and the such, they kill accounts IMHO.
Ya gotta be smarter and don’t want to do that.

So what would be your preferred approach to identify and remove ghost followers? All within Jarvee scrape and filter tools?

There are no ghost followers as taught all over. People just cannot see the post becuase of ER.
Raise up your ER –
I do that by blocking regions and locations – via name and location scraping, then block them.
Also I make sure my content is ‘viral’ material.

For curiosity I checked one my account that has 90% followers fake.
The website said that just 10% of my followers are real, really precise.

It takes a very small sample of followers and what constitutes a “fake account” seems to include things like how often it posts. I can take an account with 25,000 followers run the test 3 times and get very different percentages each time. Hell I have one that is either 91% legit or only 60% legit depending on which of the 3 tests I decide is accurate.