Just wondering if anyone has had any success with buying IG accounts on FameSwap. I have reached out to several over the past few months and I never hear back.

Most of them seem like scams. Take this for example:

I replied for fun, asking him what the account was. He did reply, but said I had to text him to get the information. I believe there’s another account that’s for sale there (perhaps it’s the same person) who says you have to text him.

I stopped at that point. If he can’t reply through FameSwap with as little information as which account he’s selling, I go no further.

Anyway, I guess I’m just venting but at the same time I’m wondering how this site exists… the sellers never respond, and those that do seem like scammers.

You probably haven’t seen this https://mpsocial.com/t/make-unlimited-selling-the-same-instagram-account/2713

Trying to sell my accs on there not working out.

I think you didn’t read it properly, as it says, as long as he has the original email, he can recover it, which is why if you bought account that didn’t give you original email, it’s high risk.

The other precaution is to change the email address assigned to the account, which I do often as well

I don’t think you understood the entire process. This bit here is what’s causing it.

Makes him able to resell it indefinitely

So if you don’t have the original (creation) email, then he can recover the accs because the email he’s given to you is secondary.

So there’s zero protection for buyers and IG doesn’t care because selling accounts is against their TOS anyhoo.

Wow that is crazy…glad I’ve avoided buying IG accounts thus far. I wonder if it translates to twitter as well as I get DMs about selling 50k accounts for just $10-15 as well

I’m looking into this now…
And I have a couple of notes on my experience😂
I do have my own marketing agency and identify band understanding faked accounts became part of the skill set.
Remember ALL accounts are real… however the activity might be easily faked… and is what deems the profile worth it or not.

Note 1: Its actually very easy to start your own Insta account and just buy followers… very fast. Very easy and very cheap. But very pointless. It just looks good… but soon you realise no one likes your posts.

Note 2 : you can also actually buy activity, them smart developers have helped create a system where they can like and comment on your posts… this gives your image a nice boost… but again it’s not real activity… and it is only for a limited time… (when you stop paying)

Note 3 : some heavy hitter Instagramers can actually quickly make SUB accounts by simply giving a new page a shout out. Hypothetically, for example… will smith 21mil gives shouts out a random page and boom the new page get 30-50k new followers… imagine this process being done by others… ontop of the bots… this is also common… not as empty… but still only a sub account…

Now… I’m the short bit extensive observation of FameSwap… I feel the page is heavily filled with scammers and pointless accounts.

That is always a red flag for me.
But more importantly, I’m my experience and observation, Many of the accounts being sold on FameSwap have been grown by bots and populated by artificial followers, likers and commenters… it’s really not that hard to deduce when you get my points 1 to 3 above…

Ultimately bots and developers do evolve so it’s good to be aware of what is current. 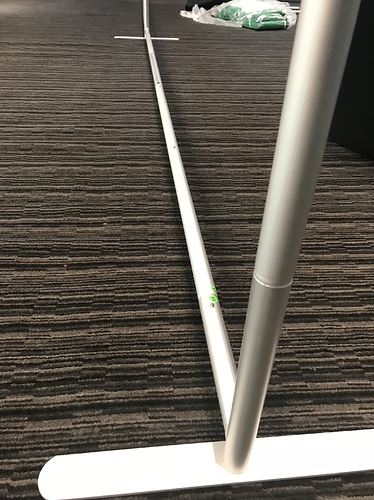 Just happened to me which bought me here. I purchased a page changed the email and password. now Im locked out and the recover email is some Russian email. The internet is so full of scammers they make me sick. Disgusting people.

I contacted some account through Insta from FameSwap and they offered accounts up for sale at 50% what FameSwap was asking.

Social Tradia is worse I think. I contacted them about an account and made and offer They came back with an offer HIGHER than the selling price online. So I asked what gives and they told me it is worth more now as the account has grown. However, I looked today and the price has not changed to the higher price.

THEN on another account on Social Tradia the account name was in one of the images. So I put in a full price offer but wrote in the offer it was for account xyz. They said where did I find the xyz account name, I said in one of the images. They said that account was not for sale and that this sale was for abc. Total bait and switch. Then they tried to sell me an account that was 2x as much as xyz.

Who has a good place to buy Insta accounts?

I need thousands of Japanese companies CEO’s email addresses, where can I buy them? And what tools can i sue to send my messages to them

I’ve had similar experiences with both sites. I’ve made full sale price offers and never received a response.

I’d love to hear where you can buy IG accounts. I’ve given up looking online.

I’m a Socialtradia user. I sold few accounts with them.

Once I’ve tried to sell account with around 25k followers. Price on the website was 450-500$ as I remember. I received PM from a guy who contacted with Socialtradia. He offered 400$ and they rejected his offer, then he offered me money, but I didn’t trust him. You know, I was thinking that will be safer for me. And I sold my account for 250$ using their service.
Officially, they take 10%.

Now I have similiar situation.

I’m confused. On the market/forum I can take 10$/1k followers, using Socialtradia for me it’s the same, but I’m sure they earn much more.

Any of you knows good, trustworthy page where i can sell accounts? I understand that commission will be more than 10%, but I want to know about it.

Now… I’m the short bit extensive observation of FameSwap… I feel the page is heavily filled with scammers and pointless accounts.

Your feelings are 100% real. Many of my friends were cheated and it now turns out the admins are selectively scamming during escrow: https://swapd.co/t/fameswap-com-shoutcart-com-are-possibly-scamming-people/30777

Sorry buddy, it’s not me.

I know this already older, but how can you know if its the original email or not? (Maybe a dumb question haha)

I’ve just been scammed by someone from fameswap! It was 150 PayPal or 130 bitcoin. I’m so stupid to go with bitcoin. He even sworn on his mother, seriously can’t trust anyone on the internet again.

Now I’m not sure if I will ever try to buy a Instagram page. I think PayPal is the only way 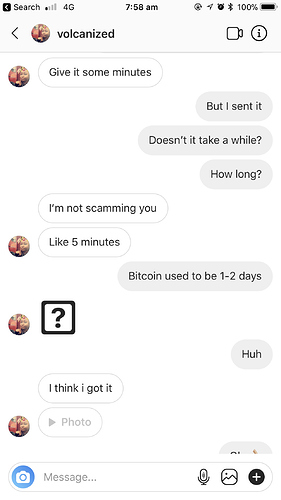