Fuck… my mp subscription ended few days ago and now hdd broke with all the info , atleast ave my now useless accs backed up. Shit happens. Anyways just a random question since its ”free for all” how r yall doing ?

So your saying your current status is:

I think I can hack into MP, let me try:

Road to success is under construction! 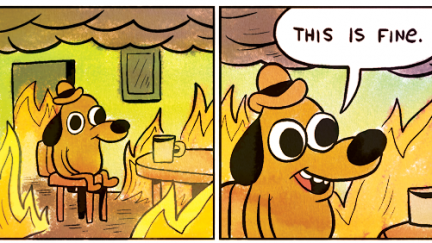 Glad to hear that…

Just wait until they kick you out of the forum for not having MP anymore.

I am just kidding BTW, we still love you.

Lemme buy it then ;D … that would suck though ;D

Oh u sneaky bastard. You wrote a step by step how to be a millioner guide and deleted it so i cant see ?! Oh you sneakedy snake

You’ll appreciate the video then:

Haha, it’s actually a spoof for the movie Kung Fury, which is also great if you haven’t seen it.

WTF am I watching? This would make a killer GTA game… Kung Fury is a 2015 English-language Swedish martial arts action comedy short film written and directed by David Sandberg. It pays homage to 1980s martial arts and police action films. The film stars Sandberg in the title role, Jorma Taccone, Leopold Nilsson, and a cameo appearance by David Hasselhoff. The film was crowdfunded through Kickstarter from December 2013 to January 2014 with pledges reaching US$630,019, exceeding the original target goal of $200,000, but short of the feature film goal ...

Game was made after the fact too (also a mobile version on Google Play, etc):

And now that the thread has been derailed, sorry, hope your day gets better. When you get a new HD working, you should check all of the above out and get some laughs

About gta , this shit is on new level. Id troll the f out of this game ;D… it would be such a mess with todays youth trolls drawing swastikas everywhere and shit haha ;D https://youtu.be/1pxAXJNJ-z8

why did I just watch that whole thing? and then the video following it…