How do you find a legitimate growth service? Large accounts started losing followers...?

I’m new here, have been reading and trying to learn as much as possible but it feels like I don’t have the expertise to get the tools to grow in today’s IG climate.

I get contacted by cold email pitch by services that claim to grow accounts without the need for a password. They said it was not a mother/child set up, however cannot disclose their secret sauce and the only example account they could provide that was not under NDA was of an influencer who has not posted in a month who is now losing followers. How does one go about determining how legitimate such a service is or how does one find such a service?

I noticed a lot of large accounts 300k+ and even 1m+ accounts started losing followers (when they have grown steadily for the last 5+ years) within the last week and a half but others don’t post nearly as often and are gaining every day. I don’t know how to explain this other than Instagram has pulled back reach so much that their gain no longer covers their daily losses? If they’re not even able to grow, how do the smaller accounts on the explore feed with 30k followers and 4K likes do it?

Thanks for your insights in advance. 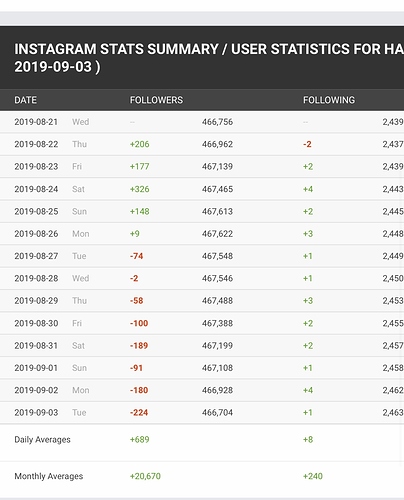 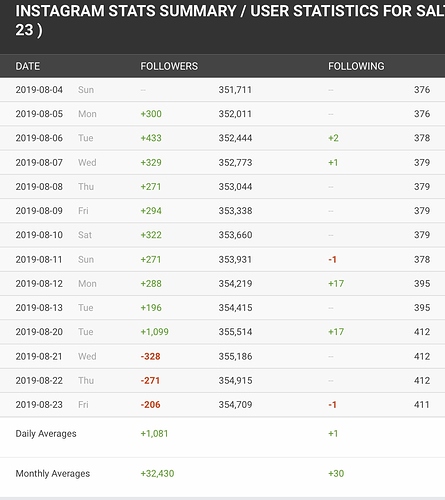 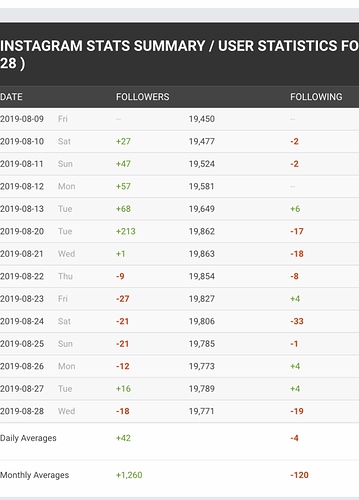 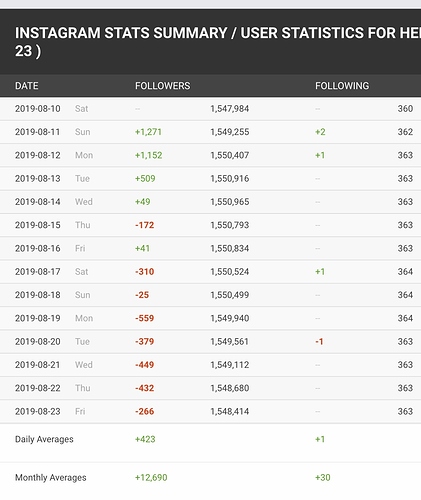 Look for unique reviews from accountable people. If there are none, its likely a scam or fake service.

Always trust reviews. Ig is getting a lot more restricted on growth methods, so people wont be giving out any sauce for sure… kinda a bummer yo, but enough little hints and nuggets can add up

Wishing you best of luck. Also dont try services that are ridiculously expensive and unreasonable for you.

Thanks for your thoughts guys - it seems to be about doing a few paid trials, and if they’re unable to deliver, it is a sunk cost? I just don’t understand why someone would tell me it wasn’t a mother/child set-up if it was - or is there another way? I don’t want to pay and end up with getting send some fake followers from a panel.

I have been tracking those accounts for a while as they are large influencer accounts in my niche that I consider something to aspire to — and around the mid-late August a few of them started losing followers. They have all continued to bleed followers, since that turning point and have not recovered their previous growth.

Good to hear from you mate. I do have to respectfully disagree. Fake reviews is a massive problem worldwide for event the biggest companies in the world - Amazon. But for IG growth, forget about it. There are review farms creating fake persona’s to review their own sites, but bash others. Jonathan Spires is one among a few other members on this site who I will not name. It’s tricky to solely base decisions off reviews, they are too easy to fake.

@Diana1 - They don’t need your password, they don’t use M/S. The only way to grow is users need to see your account. No freaking way can they grow every account with content, so how are they possibly sending consistent, targeted users to your page?

My only guess is they own a network of fake accounts they built and they drip feed them to you. Logically there isn’t anything else.

You have this community now, you don’t need those cold emails.

Big accounts losing follows? Many of them? Can you say purging accounts?
M/s never needed password to succeed on the contrary it should not even be on a bot

Is it possible they have a network in different niches and use shoutouts for growing profiles? But this seems hardly the case, as it would be impossible to offer this kind of service to many customers.

On a sidenote, I would be following this thread. I am interested in finding couple of legitimate Instagram agencies that can give reasonable price and growth numbers. I am planning for some period to be an affiliate for such agencies, but I haven’t had the time to research enough nor luck to stumble on some that have a decent website, statistics, methods and price.

@mrsmith that’s what I was thinking - unless for some reason they did not want to admit to using m/s for whatever reason. But they could not provide even one example client who is growing or even active on the platform willing to vouch for their services due to “everyone else signing NDAs”.

Thank you that kind of confirmed my line of thinking!

@Alexnvo - that was my first thought - but they are still dropping followers consistently a week and a half later - do the purges cause them to bleed followers for this long? One of these influencers works with one of the biggest brands in fashion niche and won an influencer of the year award so I’ll be interested to see if they recover to growth soon or keep losing followers.

@andbogi Me too - I would have been on board to give it a go if they had been a s/m setup or if they could actually provide any testimonial of any sort. But it just got a little fishy. It seems difficult to find a good one.

There are no secret methods to grow, most people who are in Instagram niche know what is possible. Its either automation with software for blackhat strategies follow-unfollow, liking, commenting etc. or paying for shoutouts and Instagram ads. Reason why many accounts last weeks are losing followers is because they have many fake accounts and bots following them, and now Instagram is banning or cleaning these accounts.

lol this answered my own previous post from a few days ago. I asked how I can clean client accounts since every single one has like 10% or more fake followers.

Hey IG, thanks a lot if you’re reading

I had an account lose 18k over a period of 3 months. Down to 303k, come April it picked back up now at 347k. I never bought fakes . it’s usually a general recovery but some never come back

@Alexnvo Good to know. Thanks for sharing that. If it’s a purge it’s a good thing I guess in the long run. I was just afraid it was an overall algorithmic change that was making growth unsustainable even for the top players.

Nothing is known. Your theory might be true … I’m seeing big accounts grow like wild fire in my niche and seeing loss. Others staying about the same …

It is normal to lose followers when you have a big account, to gain more followers you need new people to be interested in your account