Was talking with a friend today ( he doesn’t do social media or anything related ) and while scrolling his facebook friends he pointed out that the friends from the https://www.facebook.com/find-friends/browser/ page are actually people that interacted with your profile ( looked/liked, but most of the time looked ).

Is this posible, because if it is then its a great method of actually knowing if you target active people as the first reaction of someone is to look at a profile and srolling a bit before adding him as a friend.

What do you think guys ?

This is the official FB info:

People You May Know are people on Facebook that you might know. We show you people based on mutual friends, work and education information, networks you’re part of, contacts you’ve imported and many other factors.

And this is the creepy stuff: 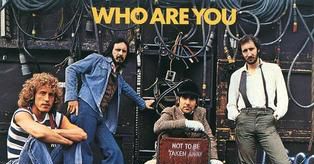 Facebook’s ‘People You May Know’ feature can be really creepy. How does it work?

After a few odd encounters, we decided to get some answers from Facebook.

Yes but as mentioned

And he was still seeing them in the find friends tab and they had no mutual friends or any related info to his, just the fact that they looked at his profile.

I kind of believe this too after hot girls add me all the time.
]\

Well, they were at the same party… maybe they tagged themselves there so FB assumed they know each other?

Not even that because they were no friends on facebook.

I didn’t mean “tag each other”. They tagged themselves in location. Each one, separately.