Just curious, how high do you think bitcoin price will climb in 2019?

This is not a crypto-currency forum.

Did you see the “Free for all lounge”?

You should consider doing so my friend.

Even if its only 50 dollars per month. They will help you to get an understanding of how our financial system will work in future. If you make some profits, that will be a cool bonus on top.

If I had unlimited time and unlimited resources, I would like to try to invest my money into different types of businesses, but had to put my main focus now on Instagram, since I have a lot of projects going related to Instagram. I wish I had some time to move to other ventures

Buy from where? And where do you store it? I’m actually about to pull the trigger.

since I have a lot of projects going related to Instagram.

That sounds pretty focussed. I like.
I don’t think that you need to spend that much time. Just a bit everyday and you’ll be fine.
It’s actually pretty easy to invest into crypto. The trend will be on your side.

Buy from where? And where do you store it? I’m actually about to pull the trigger.

There are hundreds of ways to buy crypto.
Storing? Maybe this: https://trezor.io/

This is it. 50k stable this time! Bitcoiiiiin*eeect

Well, since BTC isn’t technically real it’s very hard to put value on it. The markets are open 24/7 as opposed to a set amount of time when it is opened and closed. It’s very volatile also, so even if you use techniques it is mainly being treated like a long term stock. If that is the case, there are much more safer and effective ways. I never liked BTC.

I honestly think it will keep going up, especially when there will be another financial crisis (and trust me there will be one sooner or later) at which point it should shoot up just like gold during the last crisis. 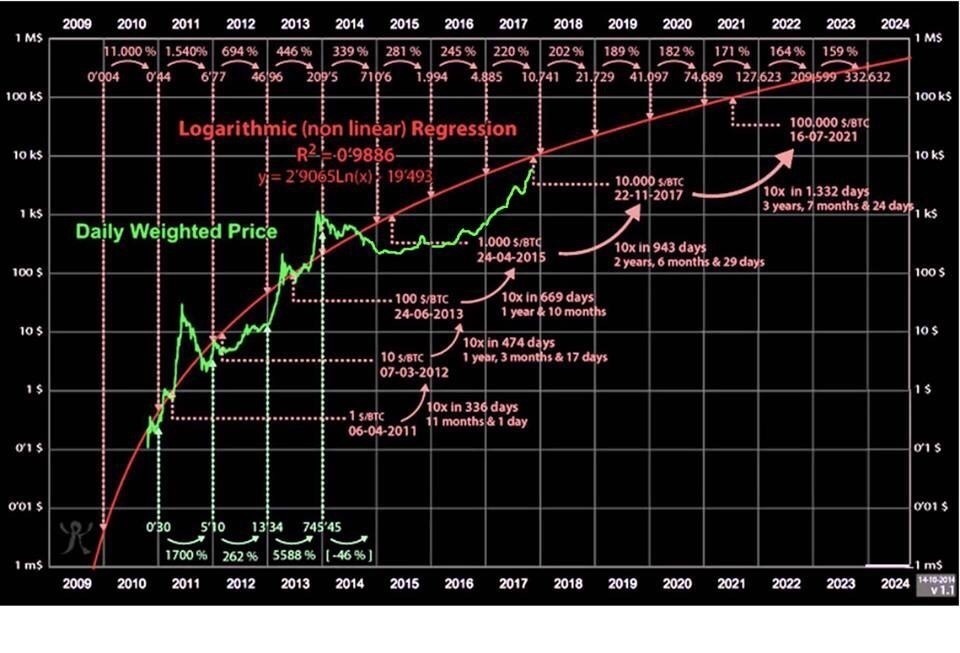 I am pretty sure it will be a bit unstable for quiet a while but it will keep going up throughout the years and will in fact skyrocket with the next financial crisis. 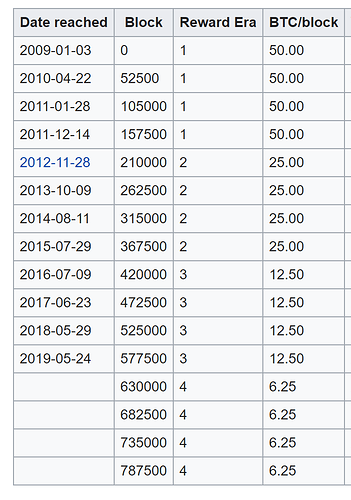 That being said, if you believe in history repeating itself and have about a year or two to patiently hold on tight , then this is the time to put a little money into bitcoin. Not enough that you’re actually worried about losing, but just enough that you check the price every few weeks and see it gradually rise as the 6.25 reward halving comes closer (mid-2020).

We’re in the late 2015-2016 phase of this cycle. Now is the time to buy and you’ll be kicking yourself for not doing so sooner.

That being said, I’m actually somewhat bearish on the upside of Bitcoin particularly this time because a massive price tag (e.g. $100k) may not be of interest to casual investors who don’t know you can split Bitcoins and don’t have to buy a whole one. That’s why I’ve invested half into the alt-coins this time.

If I had to bet my money on it right now, would say $80k is probably where it will peak out.

will in fact skyrocket with the next financial crisis.

A financial crisis or recession could also really dampen bitcoin price. Most people just have their play money in Bitcoin right now. If a hardcore recession hit, then people are just going to dump after losing their job so they can feed themselves and pay rent.

Unless it’s a sovereign debt crisis (e.g. US dollar hyperinflates due to USA’s debt), which in that case, BTC will skyrocket to crazy amounts (higher than normal bull runs).

But I’m not really betting on a sovereign debt crisis in the west happening in the next 2 years, but I could be wrong.

I’d invest every penny into Blockbuster instead, I think they are on the rise. Bitcoin ain’t got sh*t against Blockbuster

In time given the rewards halving. You live through enough of these and learn to think on the scale of months/years versus days/weeks.

I sincerely do not give a shit if it goes down to $3k in the mid-term. Only people who do care are nooby investors who first heard about Bitcoin in 2017

At this point, I really don’t care much. I’m in for the long ride. I’ve stopped withdrawing my bitcoin earnings for quite a while now and will probably withdraw 50% once the currency hits $50k (then again at $100k).

I’m no expert and I don’t know anything about investments. But looking at the trend and if I’ll base it at past spikes, I’d say realistically, we’ll be lucky to hit $15k by the end of the year. Super lucky to get to $20k. But it looks like we’ll end the year at around $8k to $10k.

The trend is your friend? Really, remember when it crashed last year. The trend is your friend until it isn’t. If you are a novice investor and going into something as volatile as BTC, you will get burned. Take small wins and bank them as you go along, so you don’t lose everything when it does go down. FWIW, I was an oil futures trader for 5 years, and the volatility in BTC is higher than even oil is.

I’m hoping something happens… and happens soon. I’m sick of getting paid from cpa companies via btc… and by the time I wake up the payment is off by almost $300 because of fluctuation.

Happened twice since the drop from 10k.