In the past, I was able to get proxies from a few trusted sources and create IG accounts with them. Recently, I’m getting the “something went wrong” error whenever I try to create an account. I bought a bot to try to mass create accounts, but every attempt failed. I thought it was the bot, so I tried to manually create (through the MP embedded browser) accounts through the same proxies, and it failed. I tried manually creating with new proxies, and it also failed. I thought the problem could be the proxies, so I tried different providers, and those failed as well.

I contacted the creator of the bot, and he told me that IG is getting strict about creating new accounts and are blocking all proxies. He suggested trying public proxies. I used as many public proxies as I could get, thousands each time, but I was only able to create about 5 accounts. Finally, I gave up and decided to stick with buying accounts.

I’d like to know if anyone else is still trying to create accounts, and how are you able to do it? If I’m only able to create a few using my phone or residential IP, it’s really not worth it. I was hoping to create hundreds. Any ideas.

I couldn’t create accounts on proxies as well, take a look at this thread The Definitive Guide for Creating Instagram Accounts, it should give you a clear path!

Yeah, I read that, but it requires you to use either dedicated proxies, which as I said aren’t working, or your residential IP, which limits you even if you have a dynamic IP. The way my wifi is set up I’d have to run upstairs every time I want to change the IP.

Why? Reboot it from inside the interface.

Not an option. I probably could using my cell phone as a hotspot, but it’s too tedious to make 100’s of accounts that way. If it can’t be automated, I’d have to get a VA to do it, and with what that would cost, it’s cheaper to buy them.

dedicated proxies, which as I said aren’t working

are you 100% sure the proxies weren’t re-used in this case, it’s true that it’s getting harder lately but i don’t think they simply banned all proxies…

Yes, I’m sure they were new. The proxies from the same providers work in MP with the IG accounts I buy, but I’m not able to create accounts on them, not even through the MP embedded browsers. Admittedly I only tried this on 6 dedicated proxies from 2 providers, but the guy who coded the bot said everyone he’s worked with is having trouble creating accounts on dedicated proxies.

You would need to find one that isn’t “abused”. Although you can find some pretty decent unabused IP from self-created proxies, chances are still low because it’s classified as a datacenter IP.

If you need to create them in bulk on residential, look into rotating backconnects, but in order to get country dedicated ones, they’re pretty expensive.

I only use new (virgin) proxies, so they aren’t “abused”. I think the problem with all proxies is that they are from datacenters and that’s why it’s no longer possible to create accounts on them.

Are you saying rotating backconnect proxies are on residential IPs? I had just assumed they from datacenter servers as well.

I have same problem, I can’t make accounts with dedicated proxies, everytime got ban and have statistic ip address. Is there any solution for this? 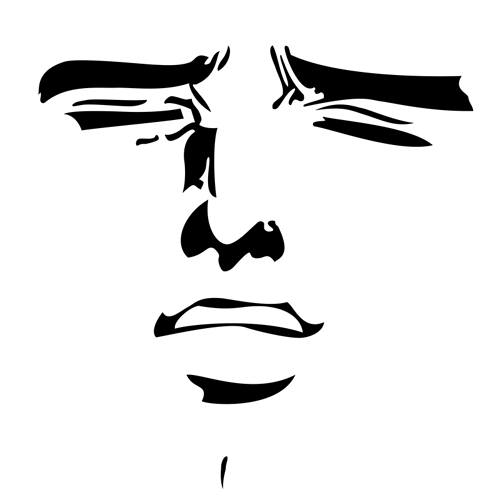 That’s interesting, but could you tell us more about what we’re seeing? Are you trying to show us that you’re creating accounts with a bot? If so, are you using proxies? What you wrote about IP addresses, does that mean you’re using your residential IP and reconnecting to get a new IP?
I’ve seen you trying to sell people IG accounts, so I don’t suppose you’re going to share much information with us. I guess you’re just bragging

Nice desktop setup though. You’re welcome to PM me your prices if you have any aged accounts.

Thanks @Johnny my laptop recently burned

so i have build this 16core server purely for massplanner , still waiting for ram to come, cant wait to see the results

@monkeyking Yes it’s a bot to automate the creation, and yes i am using residential ip’s as i said above 5millions ip pool , i dont think any proxy provider would have so much

, you can do it yourself actually, there are some guides in forum also with 4g connection, and phone simulators (you must be spoofing a phone since you are using 4g IP’s ) , and yes i have spent aloot of time and money to make this work so i am selling some accounts , as i said you can always use this method if you need 2-3 accounts, but creating 100’s of accounts by hand can be frustrating, yet some people say using bluestacks or some other emulator can get your accounts flagget i haven’t used it so i can’t really elaborate . If you would like to test some accounts hit me up on skype - mantasxxx19901

Hi! How much are your bills? Thank you. Add on skype thanks

That is crazy awesome! Is this your own coding? Are you using basic windows scripts and something like IFTTT on the phone?

I wish I could use adb like that. When you say you’re using residential IPs, 5000000 in a pool, are you using your own residential IP, or a service? The most residential IPs I’ve seen any service offering is 70,000.

it’s my own network between 3 european countries

Please feel free to ignore me as I know you spent a lot of energy, but can you point me to any article you used while developing the solution?