That shit is just wtf. Anyone has an idea on how to do this?

Im not rly in to this stuff but by looking at the stats it must be some 100$ bills flying in someone’s pocket daily.

YT live ranking higher is not something new but i’ve never seen someone talking about it.

Im pretty sure he uses proxy traffic to boost views and rank on Yt. 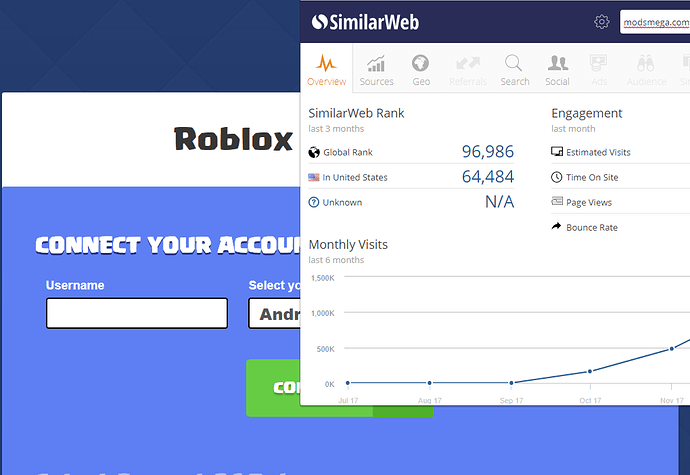 Someone who has good proxies or any idea on how it’s done might try that out see if it works.

Though maybe im wrong . Would be interesting to hear some OG’s opinion.

1st. screenshot kind of messed up he generates around 1m traffic to that shit per month

Definitely a creative way of doing this haha

You can buy fake views for YouTube- the key is finding out how to not get banned by YouTube.

youtube got all strict about these High retention view buying plus they run this 24/7 so he should be buying views 24/7.

Good job. I think why most get banned is because of these keywords like “Hack” and stuff. Anyways how did you get the views if it’s not a secret

Nah he ranks 1st. on youtube using live stream then sends them to Ogads offers. 1m. visits per month estimated but i’ve done my research and it looks like this is the only offer running so imagine if you could multiply that by 10 - 100. Also he ranked 1st. by keyword “Hack” which is extremely competitive if you know about seo.

don’t trust similarweb , stats for my website below, even though i know it gets 7k visits a month

will keep that in mind. I’ve been suspicious but it actually should be pretty accurate since i checked their goo.gl and he get’s around 20k visits day. 20x30=600k another 20% comes from his other shit something gta5 shit. But yea similarweb is not as accurate as i wished.

Its kinda like my own service but I just linked a few things together and made some stuff myself and it bypasses hmu if you want cheap views.

you know or just guessing ?

I know. Real traffic and timing is key for all of them. Pre live embed promotion is also important. Not fake bots.

i reached out to one of them and he confirmed it’s boted but refused to share method behind it.

what are you referring to as a method, botting views?