Just tried to unsuspend a bunch of Twitter accounts and got the following message from Twitter Support: 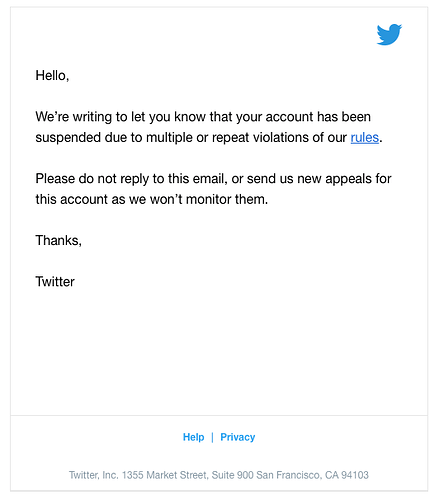 Is this a sign to finally give up on Twitter automation and to get comfortable at the thought
of becoming poor?

Love to hear your feedback and if anyone’s been able to unsuspend accounts when getting
the above message?

Thank you for sharing!

Once you get that message it’s dead

RIP I hope that you it had a good life

I was doing twitter automation with JV in 2018 it was not easy, first they forced password changes 2 times then account got deactivated but they allowed to restore it. I never seen message like that one and it looks like its time to stop automation or you just risk to lose accounts. It doesn’t mean you will be poor mate, many other things to work online.

I used to botting on tiktok until 2017 until a certain software bot ceased operation, ah good times, bot is not as strict as now