WTF is going on? Instagram MAJOR Issue with DM's

has anyone ever had issues with their DM’s before?

this is very weird… and it stressing me out because its for my work!

for example - here is conversation between me and a person, im a photographer so i asked the standard questions, to then i found it odd since they did not reply, after a week i sent a message and they responded - see below from MY end. 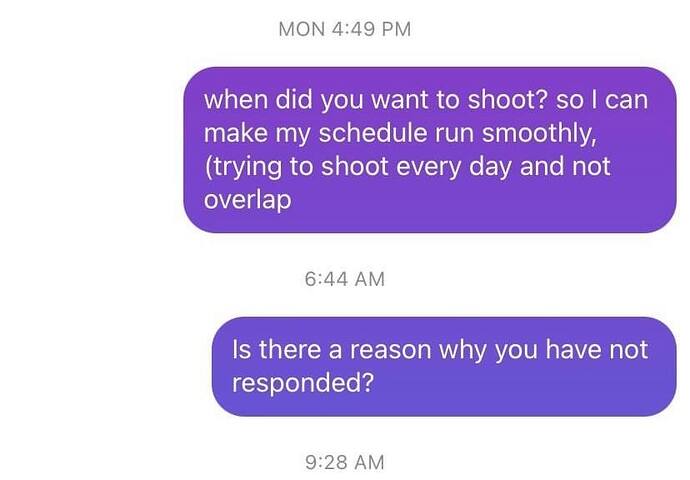 and on their end - this is what they sent 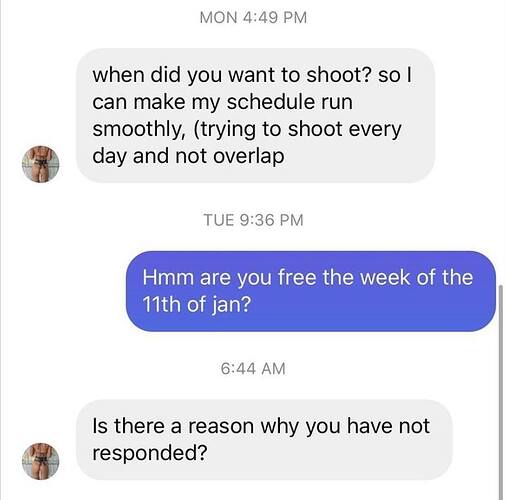 like what? this is happening to more than just one person too. AND it’s not device related, as i’ve tried checking my DM’s on both my laptop, PC and iPhone. it does not show that response on all my devices, however on the other users end, it does.

and below you will see the same exact conversation on their end.

exact same issue, this is the only two in which i’ve found so far, and it could be many more, i have tried deleting the app, (not sure how that would help as it’s also got the same issue on other devices.

i’m not sure what to do, hence the post on here. Does anyone have any idea wtf is going on?

Try creating a new account and DM the same person from your phone. It you can see her response, the issue is most likely on your account. Though I don’t know of any setting that might have caused such an issue.

Have you tried raising it as a bug report with Instagram?

Not that I think that’s a panacea, just that it seems like a bug IG should know about and, you never know, they might fix it (never worked for me though!

Did you accept that kind of a merge between IG and FB messages? I remember I was asked if I want to do this in the app, but so far I didn’t accept it. This really seems like some bug on IG side.

Probably something related to your account. I would try as Ossi recommended, try using a different account. Perhaps, this one got some sort of restriction.