I’m planning on running 10 accounts on Jarvee and adding more accounts as I grow, most likely 30 by the end of these next 2 months.

I currently have a free tier Amazon AWS server, however I heard that Amazon servers get expensive.

I’ve only heard of Greencloud VPS, are there any other providers that you would say are the best?

Also, what specs do you think would work for a server with 10 accounts currently, and adding up to 30 in the near future.

The guys at Jarvee recommended Contabo for me. I’ve been using it for several months and can’t say nothing but great things about them. Check them out.

Which plan would you guys recommend for 20-30+ accounts?

VPS L from Contabo should be more than enough for up to 150 accs. Just take into account that you have to pay monthly licence fee for windows additionally. Hetzner also has VPS and they do allow you to install with your windows licence key (cheap on eBay and worked for most here). However I have no experience with Hetzner VPS. Dedicated server might be of interest once you scale up.

(I’m not affiliated with this provider on any way) https://www.hostigger.com/openstack-vps I Couldn’t find cheaper than this, it will be helpful everyone! I use it and it’s up 24/7 no problems what’s so ever

I found the best one for you guys

ultra cheap does not necesarily mean that it works speedy… Usually you get what you pay for. I would not use any VPS that people have no positive or no experience at all with.

I’m using it, here’s the proof, it is stable and running 25 accs for 3 months here is billing information 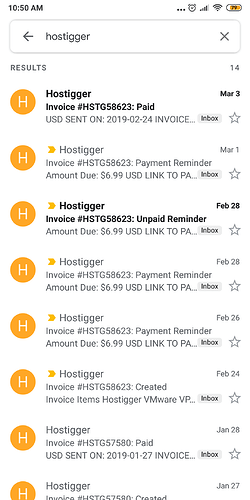 Well… but @fine also inquired for 100 acc to run. That is a different story.

I am not saying that your proposal is not good. It is just that the long time members in this forum recommend other providers. Anyhow the world is changing and maybe the super cheap approach is working one day.

Yeah no worries, I’m just helping ones with limited funds

VPS L from Contabo should be more than enough for up to 150 accs. Just take into account that you have to pay monthly licence fee for windows additionally. Hetzner also has VPS and they do allow you to install with your windows licence key (cheap on eBay and worked for most here). However I have no experience with Hetzner VPS. Dedicated server might be of interest once you scale up.

Hey @larsometer. Do you thing L it’s enough for 500 accounts with Jarvee, or XL? If not, do you have other recommendation?

Awesome recommandation @RustyBread, thanks a million!

I had up to 350 accs on VPS L. That was a very big pain. Had to use night mode so that not all accs are running at the same time. 500 accs smells more like you need a dedicated server. I recently started using a Hetzner EX42. Currently have 180 accs on them and it is running smooth. Will scale up but frankly speaking do not know what it will do with 500 accs. However there are plenty of threads in the forum about server for 500 accs.
Advantage of Hetzner is that you can install your own windows licence. And long time members seem to agree that a dedicated server performs better.

Thanks for your answer @Larsometer. I might try the XL just to test its limits. But if you said that the L barely managed 350 accounts then 500 on XL should be the same. Who knows. I will test it and come back with some updates

I used Contabo for a couple of months.
First it was great. But, when tried more accounts [180+] contabo wasn’t enough.
May be I haven’t configured Jarvee correctly to make use to the VPS.
Anyway, I couldn’t wait and started using Hetzner. [Thanks to all the pro users like @dimitri @dma0245 I got to know about Hetzner]
Purchased a Dedicated server from their Server auction, Installed Windows and so far so good.
If you are planning to scale up [You should scale up though

] Hetzner is the best place.

Thanks for all the advice guys!

If I start with Contabo M, would upgrading to Contabo L have any fees besides paying the higher monthly price?

I’m myself thinking of shifting to Contabo in future. I would say rather ask them in-person and share with us

I will likely ask them after I order.

Does port/bandwidth matter for VPS? Here are the stats for Contabo M: