GOSO never ceases to amaze us (in the worst possible way), but he has just hit a new low.

It all started around June 16. 2019 with a BHW member exposing GOSO.IO of selling cheap panel likes as “Powerlikes that make you go viral” https://www.blackhatworld.com/seo/stay-away-from-goso-io.1128963/

Instead of owning up to his actions, GOSO threatened the poster with all sorts of lawsuits, legal action etc. Not sure if any of that happened in the end, but you might start getting an indication of what type of person he is.

This post, along with several others on both mpsocial and BHW Trustpilot (as far as I know), exposed him of scamming his customers and caused irreparable damage to his reputation.

Being who he is, his favorite pastime is using various accounts to try to repair his reputation posing as other people in a laughably shallow and obvious way.

MPsocial is, of course, no exception. I’ve dared to point that out in one of his most recent posts to an otherwise inactive thread, (here he was posing as a competitor?): Goso.io - HyperPrime Scam or Legit?

What happened next is the most unprofessional childish “revenge”, the GOSO way.

First, he created a post on Reddit under a fake name with likely purchased account that has been inactive for a year, posing as an “EU legal advisor” claiming IGBlade is “selling emails to spammers” and that he registered to IGBlade with “virgin” emails to prove his theory. It goes without saying that none of this is true, you can test his hypothesis out for yourself. He then accused us of tax dodging among other things which are also untrue. I won’t be providing my tax declaration here, but if you are one of our customers you can always look up the tax codes on the invoices and do your due diligence from there.

Aged account active in a niche (gaming in this case)

Inactive for a while, then goes inactive in all past niches and becomes active in a completely new one. (Instagram marketing in this case)

I’m getting a lot of spam lately that is aimed at IG services. I presumed it was to do with my Instagram account. But I don’t have an business or creator account and no email is visible. I came across this on Reddit. Is this something to be worried about or am I over reacting?

Since then I’ve asked /r/Instagram ’s moderators to take the reddit post down and they have done so promptly.

But fear not, GOSO continues his grind by writing one star reviews for both IGBlade.pro and IGBlade.com with his own Trustpilot account, after changing the Name from “Vin” to “Kevin Rose” accusing us of the same things as in the reddit post. 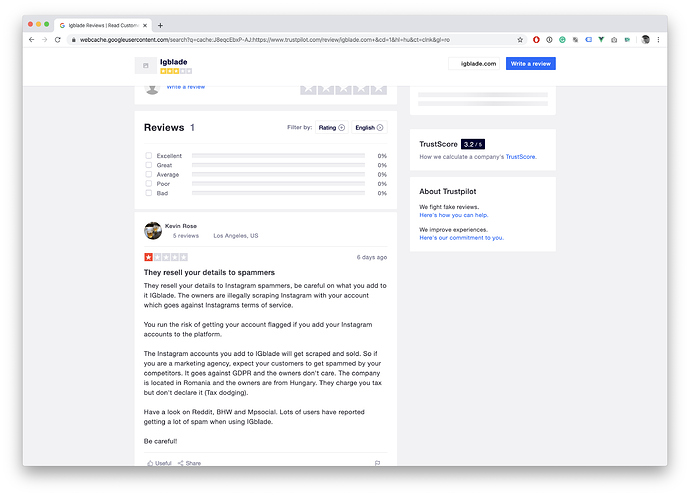 See Cached versions of his account before the name change: 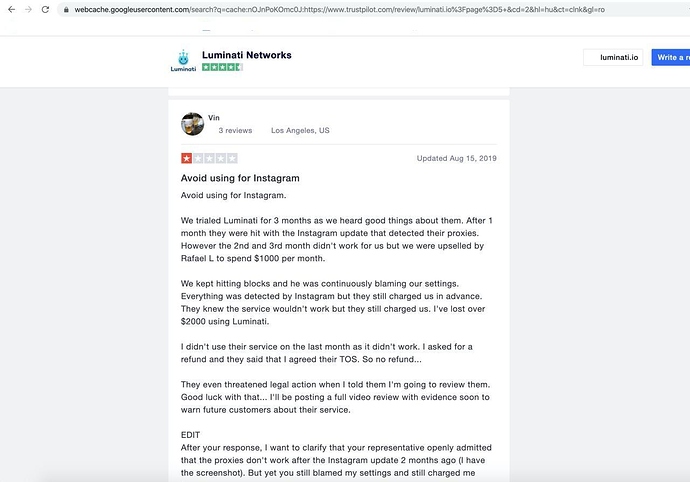 If you have doubts if “Vin” is indeed “Vincent Valentine” The exact same Luminati review appeared on a proxy review site under his name: 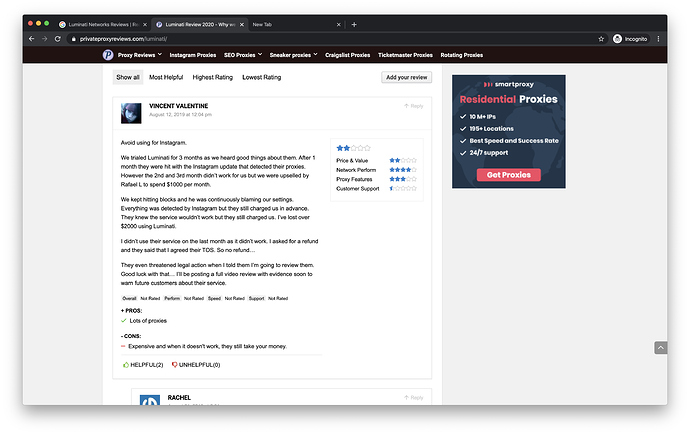 Luminati Networks Reviews I Re3406×2150 719 KB
So did GOSO stop here? No. Next, he created his own subreddit (Since his post got deleted on reddit.com/r/instagram) called reddit.com/r/igbladespam

He then proceeded to link the MPsocial post and the Trustpilot review as social proof to his theory.

After one of my colleagues pointed out in this subreddit that GOSO created the Trustpilot written by “Kevin Rose” was in fact written by “Vin” he promptly changed his Trustpilot name to, and I’m not kidding you here: “Vincenzo Kevin Rose” and invented a new monogram for Himself, signing off his messages as “VKR” Note: This post has been removed by him in the meanwhile. 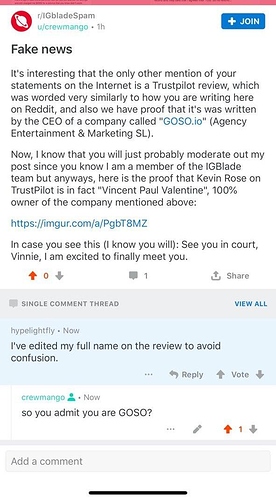 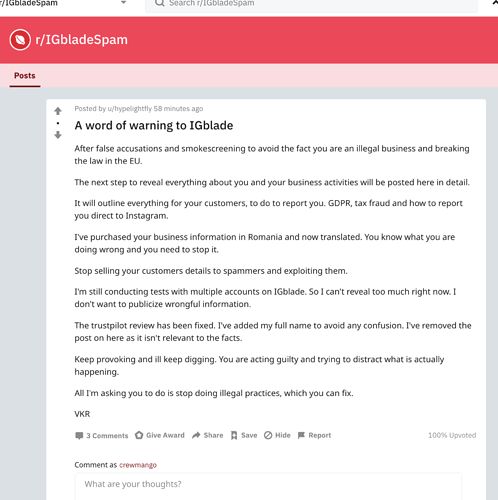 I composed this long message to show you guys just how far this clown goes when he is desperately “trying to get you”. Here come his fake accounts commenting I guess…

Pathetic. I also has trouble with his service around a year ago, my ig account’s engagement was fucked, saw those smm panel likes and cancelled immediately.

Btw have you read his newsletters back in June and July? It was soooooooooooo obvious he is lying and has no fucking clue how to solve the ig updates.

i have one of those groups on telegram its not exactly like you see it… we have to allow proxy account to give those likes in order to get participants. everyone is on the edge about doing dx50 groups. I’m not entirely sure about Goso, but when you do powerlikes the accounts in some groups are simply low quality due to the oversight.

Turn those PMs back on buddy!

One of the main reason they got banned on MPSocial. Really shady shit.