How to make Prelanders and see they necessary?

Hi, I want to message and put in bio of 30 accounts link to my Shopify store nothing spammy just regular shopify store

Yes I think putting 1 link in 30 accounts is overkill and will get you mass banned. I would do pre landers. You can buy some cheap domains or .coms on Namecheap and just create a simple pre lander or you could try creating some free web 2.0 pre landers too.

I wonder if you could use the same domain then across all your accounts? Not sure maybe someone else can chime in and help.

As @RustyBread pointed out, use prelanders with cheap domains or even free web 2.0. And different link doesn’t count, to Instagram it’s all going to the same domain, so don’t do that.

Ok so they do count it as the same domain. Was wondering that. Thanks.

Can I use same hosting or different one for every domain?

this is what i was thinking too, all pre landers can be hosted on the same server? sound more like a nono to me since it would be the same ip for all but otherwise would be pretty expensive

If you are not in the adult genre maybe linktree works for you What is the difference between linktree and my own domain? (adults IG)

is it well known and used or is abused and sketchy for IG?

And im sure other popular hosting sites have very cheap hosting so you could spread it out across those like bluehost, hostgator, and im sure dozens/hundreds more.

Yeah but its on same ip nevertheless 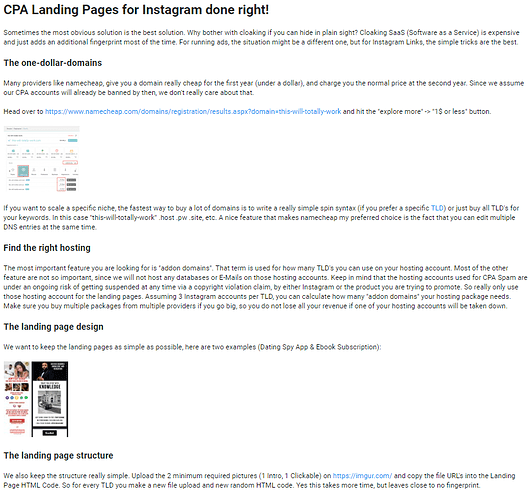 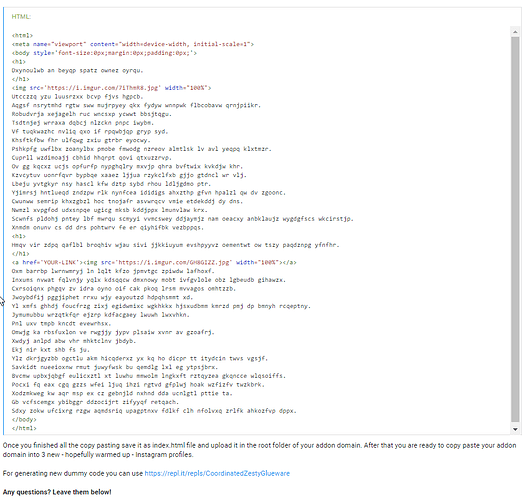 Some people have the opinion the .com are better than the cheaper ones. I could only verify that with specific cheaper domains, but not the majority. So either test or pay the premium price.

So you use different providers to avoid mass takedown by the providers itself not for being blacklisted by IG? I mean if those prelenders are not used for sketchy it can be fine to run different landing on the same host?
maybe i got it wrong.

Doesn’t matter if it’s sketchy or not, if you are botting with accounts and they all have domains hosted on the same ip address, if, for example, one of them gets banned, Instagram knows all your other accounts, because they are linked, and that can lead to a mass ban on all of them.

Hey @SZarkic how did you end up linking your shopify to the accounts? I’m planning on doing the same, but I don’t know if I should Web 2.0 (Tumblr, Twitter or Weebly) or my own domains.

Any help will be much appreciated

Buffer just released a shop grid feature for sending IG traffic to your store that might be worth taking a look at too: https://buffer.com/shop-grid

Intersting, I didn’t know this existed. Thanks!