My account got shadow banned. I used to get engagement from Hastags. But since last 3 post I didnt get enough engagement. None of engagement Comes from hastags on my last 3 posts. Can anyone tell me how to solve shadow banned ? I have read somewhere That I need to remove all the hastags from the last 2 weeks posts, Stop posting, like, comment, DM, story etc. All the IG activity I should Stop to take shado banned back. Can you guys give me other solution ? By the way, I had 6-7 sets of Hastags and I use different set all the time whenever I post.

And During Shoutout, I give same hastags to other user for my post. I used to do 2 post shouts a day.

We have a couple of threads on this topic, some are on Level 2. But THIS one is level 1, so please find more info there:

Many ask am I shadowbanned? While not knowing what the hell it is!! A shadowban is when your posts gets limited to views only by your followers. That means your post cannot make explore, How do you know if you are shadowed? Go into an account that does not follow your account you want to find out if shadowed. Look up a hashtag you just used ( preferebly #accountname hashtag if you use one) and see if your post comes up. If it does not, your shadowbanned. So - just what is the main reason? Sim…

I keep it in comments all the time. But for shoutout oost I put it in Caption.a

People really need to give up on this shadow ban nonsense.

Every time someone gets zero or close to zero exposure from tags = shadow ban. There is ZERO proof there is such a thing.

Yes, you can get your account limited. But, more often than not it has nothing to do with your hashtags. And yes, you can use banned hashtags that might get you in hot waters. But, that is very different situation.

Does that mean you are shadow banned? No.

Is there a tool that can tell you if you are shadow banned? No.

Why? Because they base it on a single factor - does your post show in the recent section of the tags you are using. Given that every user gets a personalized hashtag section, checking it with one account means nothing. Plus, super active hashtags get 100s of posts every second and those tools have a limit to how deep they can check.

So, in short, get off the shadow ban craze and look for a problem / solution somewhere else. If you dig deep enough and keep it objective, you’ll easily find it.

This deserves its own documentary, actually.

This deserves its own documentary, actually.

How do you define “shadowban”?

Difference:
If the Fyre Festival turned out to be real (and happened), it would be super awesome.

If shadowbans turned out to be real (maybe it is), then it would super suck to the millionth power. Another issue to prepare for.

Thank you, Albert, for your offer. May I ask you: what would be the best for you to check it?

I guess the fastest “check” would be possible for accounts which have posted in the last hours (e.g. 2 hours ago…?!) AND have used a non-popular hashtag (e.g. with less than 30k posts), right?

Also: what if an acc. has used a “banned hashtag”, would you still allow it in the sample or better not?

Thank you, Albert, for your time & efforts 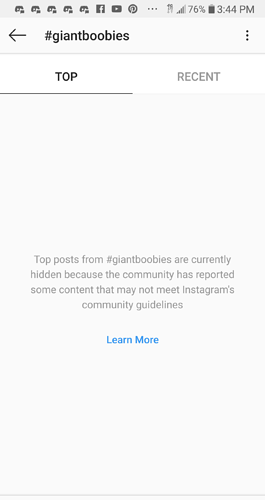 Put this hashtag on a post and see if your account shows up. Shadow bans are fact 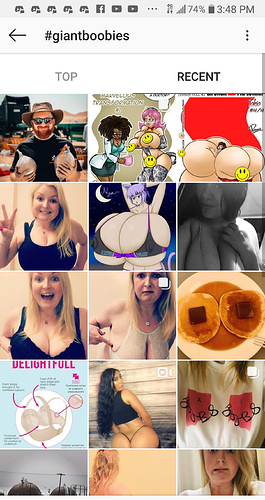 With all due respect, your example is heavily skewed.

Noone is doubting the existence of banned hashtags. Of course, using them would get you limited.

that is the basis – limited exposure.
Now I call shadowbans and being throttled the same thing too. 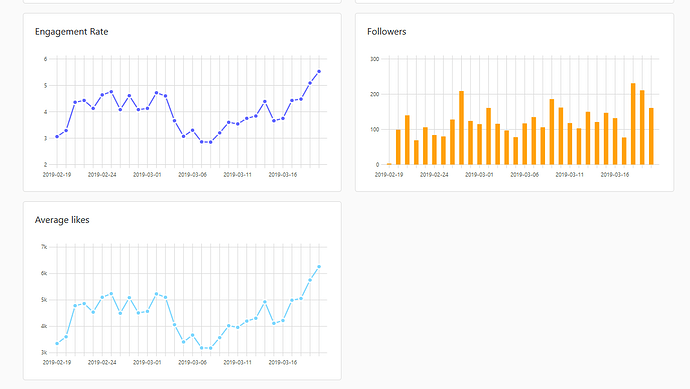 see that early rise in the beginning and then that dip toward the center? both happened when a damn post got reported and removed. It has the same effects as using bad hashtags. it limits exposure – I lost followers both times – however, this is a strong account and picked back up 14 days later now a 200+ a day average. @damian24 just had this on his account too and stuck in that 2-week time frame.

This limiting also happens after Pv, and EV -if not a new account --( if you change your phone number or email, your okay – they are just asking for confirmation, )
also limited if you had a disabled account and it just came back online – your on watch so to say.)

Instagram says one thing – the facts do not support what they say… simple as that.
edit…that account never used or uses hashtags 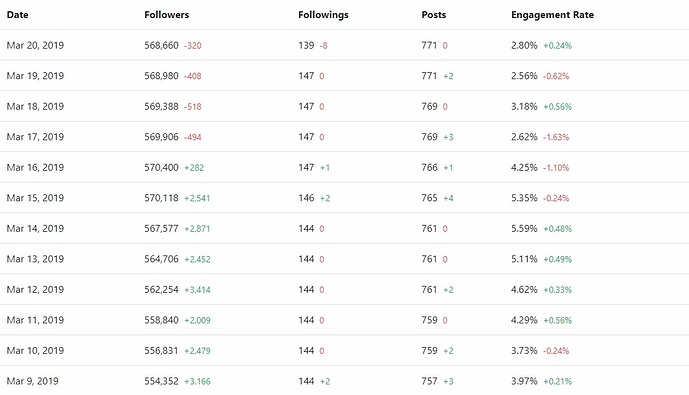 One of my posts got reported and removed on 16th. First time losing followers ever. +2000-3000 followers per day before. Limited exposure is real…

now imagine if you used a hashtag thats banned –
same effect with one difference… the account stays stuck until the offending hashtag get removed see, if limited exposure was not real – this would not happen

This conversation has somehow turned from shadowban to limited exposure.

Limited exposure - zero doubts about it, many factors can contribute to it.

Shadowban - somewhat of a different beast that revolves mostly around hashtags. Still unproven.