Any ideas on what could have lead to this?

Plenty of other sites still operational? Curious what happened here. 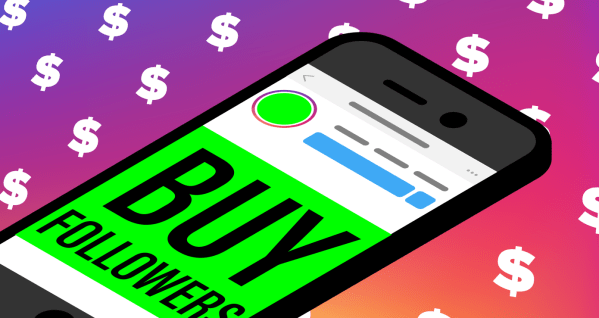 Facebook says it filed a US lawsuit to shut down a follower-buying service in...

Facebook is cracking down on services that promise to help Instagram users buy themselves a large following on the photo app. The social network said today that it has filed a lawsuit against a New Zealand-based company that operates one such...

Never used it but Probably already an alternative out there

These sites never last long. They’re all idiots. They’re pretty blatant about what they offer. You need to be vague if you want to survive.

I wouldn’t call them idiots and a lawsuit doesn’t mean it’s over at all these days.

Yeah it looks like Social Steeze was connected to that New Zealand co and law suit potentially but I wonder about Social Upgrade.

Perhaps similar to the Instagress shut down in that they reached too much scale?

Yes, there are still literally dozens of websites out there still working and operating fine, so weird to me.

its only when they get big its when they take action.

Lots of legal stuff involved this is why FL is still in business they somehow found ways around this stuff probably registered & set up in a different country or something.

Just look at the Megaupload days. Now its like 100s of different sites just constantly cloning themselves and gov has no clue what to do so they now release movies & have them hit dvd / blu ray faster.

But i also think hollywood is working with pirated sites because they do help its sales. (ex. they release shitty cam versions instead of good versions …good versions take forever to be released nowadays.)

were these sites selling fake followers and engagement or F/U services?

I remember socialsteeze, was pretty big, also interested in this! What u guys think?

It’s really difficult to modify sistems to adapt this algorithm updates. For this reason some pages was closed now.
With instagram we are trying to walk in the dark.

probably and most coders have more than 1 business they operate so for them its nothing to stress about.

Companies like those are making tens to hundreds of thousands of dollars a month, I don’t think it was a laziness thing. I think they were part of the network connected to that New Zealand Co (Social Steeze was for sure, I don’t know about the others) - and perhaps in their litigation they needed to cease all Instagram related operations.

Did you mean to send another link here?

You are right. Social Upgrade was a company I watched closely for a while as they were spending heavy when Google Ads worked. I researched them and they were a Virginia based company (US). Upon further research they owned 2 or 3 sites that offered fake likes / follows.

They also probably had a million complaints as they didn’t give a shit about customers so maybe they got on the radar that way.

But who knows what’s going on.

Did you mean to send another link here?

I sent it in another topic but they got merged

You are right. Social Upgrade was a company I watched closely for a while as they were spending heavy when Google Ads worked. I researched them and they were a Virginia based company (US). Upon further research they owned 2 or 3 sites that offered fake likes / follows.

I thought social upgrade was from Vienna? It said so in their Privacypolicy. It seems a lot of services are going down at the moment…