Hey everyone, just came across a great example of M/S. I assume this person is growing by automating liking only. Their main account is tagged only in the posts, not the bio, to avoid a huge fingerprint. 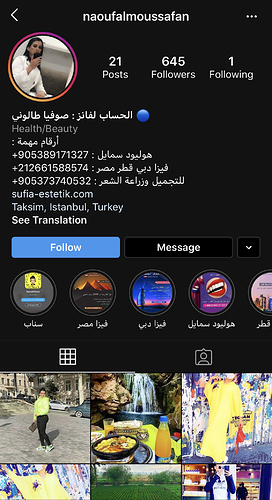 image1125×2067 1.22 MB
The only thing I would change is giving the slaves names that aren’t directly linked to the main account (so people aren’t confused by which is the main when they search and to avoid a spammy vibe). 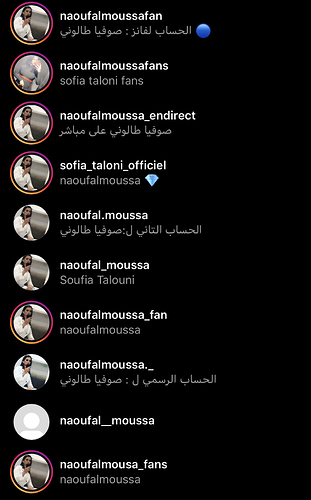 image1125×1806 458 KB
The growth is amazing because the targeting and content is good (for their audience). In addition to the sheer number of slaves

Right! and it looks to be non-giveaway too

The only thing I would change is giving the slaves names that aren’t directly linked to the main account (so people aren’t confused by which is the main when they search and to avoid a spammy vibe).

Agreed, and I’d give different profile pictures on the slave accounts.

30k+ followers increase in a day is really great.

In addition to the sheer number of slaves

How many slaves could you identify?

Impressive numbers for a such a bad quality feed!

How many posts of yours did the slave like for you to check it out?

I counted 40 right off the bat with a search for that user name.

honestly, must be the dumbest / trash audience ever, in line with the feed, it hurts my eyes to see it, geeze

edit: after checking out the followers list, if I ever handed that out to any client, I’d be fired immediately. Not much difference from middle eastern sm panel bots imo. What an absolute crap audience…

Their feed isn’t to my taste, but they’ve obviously got their audience down pat. Good content is in the eye of the beholder

hmmm, no. good content is good content. there is somewhat of a degree of subjective variation as to what is good and what isn’t, but I don’t think anyone with any minimal criteria would consider this good, same as most people don’t consider a turd tasty. A turd is a turd. And people who like turds are turd-eaters. Not “haute cuisine”, but turd eaters.

It’s really irrelevant, though. The account is growing fast and has good engagement

Hmm… not really. Monetizing is an absolute value, so is money per se.

Imagine you were to ask a person that has a net savings of 10k$, for a donation of 10$. If you argument it correctly, you might get it, representing a total of 0.1% of his savings. A good percentage of people with these average savings might get you the 10$.

But try asking for 1M$ donation to somebody with 1B$ (1k million$). It’s the same 0.1%, but you will unlikely get it, or at least in a WAY lower percentage from all the billionaires out there. Meaning money is an absolute thing.

The same thing happens with audiences, honestly. And if we’re talking about how they monetize… the audience above is an absolute zero in that ground.

What info do you have on their audience’s willingness to buy? Or their income level. There is none publicly available.

Don’t want to be mean here, but it’s not that hard to estimate monetization prospection based on socialeconomical and sociocultural observation (algo including the age factor). Why do you think high end boutiques are in the most expensive neighborhoods of a city and not the other way around?

If an account has followers with little money, but all buy the product, they are much better off than the alternative (rich followers who never buy).

But it’s really irrelevant to the fact that this account is using M/S to grow their account with excellent growth and high engagement.